Apple iPhone X To Face End Of Life In 2018: At the end of last year, the Cupertino based tech giant Apple launched its much-anticipated smartphone – iPhone X. The phone was high on demands at the initial stage because it carries a unique design with some awesome technology.

However, the recent reports say that iPhone X could end up being the first previous year model that is not retained in 2018. The reason behind this is pretty simple, Apple’s iPhone X sales were not as high as expected.

According to the reports from AppleInsider, well-known analyst Ming-Chi Kuo predicted that Apple iPhone X will face the “end of life” by summer 2018 and said that Apple will probably ship 18 million iPhone X units in the first half of 2018.

Analyst Ming Chi-Kuo also claims that iPhone X was not much successful in China because users are facing problems because of the top notch. According to Ming-Chi Kuo, the company will probably launch three new smartphones in 2018 and all will feature full vision display.

The most budget-friendly version of upcoming iPhone will have an LCD display whereas the other two version will have OLED Display. The prediction was interesting because iPhone X marks the anniversary special smartphone that represents the ten years of the iconic Apple product.

What’re your views on this? Will iPhone X face the end of life this year? Discuss with us in the comments. 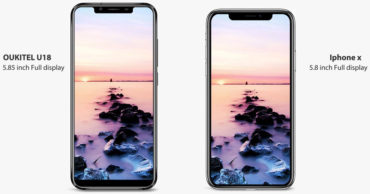