Ishtar Commander is an item-management mobile app designed for storing and managing the many items in the game Destiny 2. If you play Destiny 2 frequently and have a hard time keeping a tab on the items you have earned, this app may resolve your issue. This is one of the issues many gamers have pointed out that there’s no in-app system for managing the vault in Destiny 2, unlike Destiny 1. That left a gap that, thankfully, some game developers took upon themselves to bridge that gap.

Destiny 2 is an online multiplayer first-person shooter game. With great gameplay and a captivating storyline, the game made up for the flaws in the original version, Destiny 1.

It was originally released as a paid version for gaming consoles but was later made free and online-only.

The main antagonist is Dominus Ghaulwhose a truly evil character. The designers of the game have added an element of emotion as well, which is evident by the characters. With a Light-level based power ladder, there’s a lot of excitement in climbing up the ranks and earning more items.

With high-definition graphics and pulsating soundtrack, this is one of the best FPS games out there. How Does Ishtar Commander Work?

Ishtar Commander is simply a vault management app with a basic interface. It makes it easier to store and manage different item categories for the game Destiny 2.

More importantly, it makes it instantaneous to equip characters with the items. You can also see the power level of the item, so it makes sense when to use each to give the character more power. That’s not available within the game.

Searching the items either by name or in the category is very easy. You can also search by perk name or damage type. The main categories are:-

Furthermore, you can also switch an item between two characters by using the switch button. If you want to learn more about an item, simply long tap an item on the screen, and all the details will display.

Again, how you use the items depends on you, but the features of this inventory management app make it easier to play the game more proactively.

There’s another item management app called Vault Manager for Destiny 2. There’s not much difference between the two, given that these are both designed for the same purpose. However, Ishtar Commander has a cleaner interface.

Another major issue is that the Vault Item Manager app isn’t available on iOS, so only Android users can use it. Also, it has ads, but you can make in-app purchases to get rid of the ads.

On Ishtar Commander, you don’t have these issues, as the developers behind it took lessons from the Vault Item Manager and fixed the issues with the new app.

Both apps essentially resolve the drawback of Destiny 2 that many gamers get annoyed by.

How to Get Ishtar Commander on PC?

Ishtar Commander Destiny 2 PC version is easy to download. You can access it and run it through an emulator. MEmuPlay is the best Android emulator for playing mobile games, and you can use it to get Ishtar Commander on your PC.

It can work on both Windows and Mac. Here’s what you need to do:-

● Download and install MEmuPlay or any other emulator of your choice.
● Download the APK file of Ishtar Commander.
● Drag and drop the file onto the desktop of the emulator. (It will install automatically)
● Double click to launch and add your Destiny 2 items.

Alternatively, you can download the app from the Google Play Store within the emulator. However, keep in mind that you will be required to sign in with a Google account. You can create one if you don’t have any or don’t want to use an existing one.

Ishtar Commander is something all Destiny 2 players needed very badly. Whether you play the game on your phone or PC, you can use the app to actively manage your vault and all the items in it. With better management and quick access, you can use all those precious items better and win the quests. 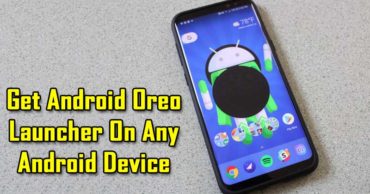 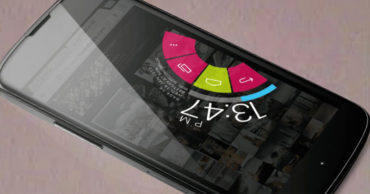