If you have a web development startup, you might want to hire Scala developers. Scala is a general-purpose programming language used in backend applications, and it’s highly flexible. It’s not that easy to ​​hire a Scala developer, however.

Their skills are in hot demand, and many developers might claim to be proficient in Scala but simply don’t have the skills you need. Don’t worry! In this article, we’ll cover everything you need to know about hiring Scala engineers.

What you need to know before you hire Scala developers?

Scala is used in backend development in highly concurrent applications. With Scala, all objects are immutable by default, which makes it less prone to errors. It’s an advanced type system, which means that it can perform more tasks than languages with more basic type systems, like Java. While other languages only work with one or two programming styles, Scala works with all three, which means that Scala developers are able to work on more tasks without switching to different programming environments.

If you are looking for Scala programmers for hire, you probably work with Big Data. It’s a highly popular functional programming language used in the data processing. When you are hiring, you should look for a team of developers that are familiar with Java.

Scala uses the same runtime environment as Java, called the Java virtual machine. It’s completely interoperable with Java, which means you can use Scala libraries for Java applications and vice versa. This means that your Scala developers can access and use the very large Java ecosystem.

Why is it so hard to hire a team of Scala developers?

Here’s the thing about Scala: it’s not easy. Its syntax is far more complicated than Java or C#. The learning curve is very steep, and it can be frustrating. Twitter and LinkedIn have famously decided to minimize and roll back their dependence on Scala, as has Yammer, stating that the learning curve was too steep.

The good news is that when you find a qualified and experienced Scala developer, you have found a professional willing to overcome the many barriers to entry. Many companies prefer to hire remote Scala developers in other destinations because it’s too hard to find developers locally. If you would like to know a little more about this phenomenon, please follow this link.

How to identify the right Scala skills

Most Scala developers will have a Computer Science degree as well as some sort of Scala course certification, like the Coursera Scala track or one of the courses offered by Lightbend.

When you conduct the technical interview, test language skills as well as their knowledge of the frameworks and libraries that your company uses, focus on programming tasks, and, if possible, use a real task from your own codebase. This will not only give you some insight into the candidates’ skills but give your candidates a taste of the work they will be doing for you. Make sure that they have access to libraries, frameworks, and resources to perform the task.

Some good interview questions include:

If possible, ask your candidates to complete a coding test, either on a platform for the purpose or by giving them an issue in your own codebase to solve. Always check their references. If they’ve mainly worked freelance, ask for customer reviews.

It’s not easy becoming a Scala developer. It’s not easy to hire Scala developers, either. But when you find your team, you know that you have hired individuals that persevere and work hard, where many others have failed. Make sure you know what you are looking for, and you will succeed. 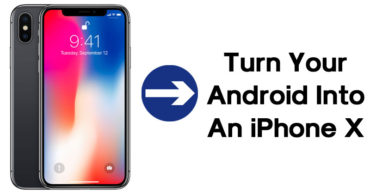