Recently, Europol warned that cases such as the aggressive WannaCry that claimed more than 200,000 people in at least 150 countries could be the beginning of a wave of similar digital threats globally. Today, a new wave of ransomware already affects the devices of large corporations around the world. At noon the first cases of this cyber attack carried out by means of a computer virus were revealed.

The affected companies are multinationals such as Mondelez, Maersk or GroupM (WPP group), whose offices have been affected in many different parts of the world as Russia, Ukraine, Poland, London, New York and France. The ransomware blocks the access to the data of the equipment and demands for the return the payment of a rescue, often through the Bitcoin.

10 Must Have Apps For Your New Android Smartphone

Ukraine, one of the targets of cybercrime

Also from the Ukrainian central bank reported that the state power company, along with various banking institutions and companies in the European country, are victims of ransomware, as reported Costin Raiu in their official Twitter account and collected from Euromaidan Press.

The fast-spreading Petrwrap/Petya ransomware sample we have was compiled on June 18, 2017 according to its PE timestamp. pic.twitter.com/CHUYvsiQ08

In addition to the Central Bank and the state energy company has been attacked the computer network itself of the Ukrainian Government and the Kiev subway, as reported in social networks Deputy Prime Minister of Ukraine Pavlo Rozenkoe. The electronic panels of Boryspil international airport in Kiev also do not indicate the departures and arrivals of the flights and the postal service UkrPoshta, together with the banks OschadBank and Privatbank point to the fall of their equipment.

In its neighboring country, Russian state oil giant Rosneft has also suffered from the powerful cyber attack, authorities have confirmed, a company spokesman for the company told the Financial Times newspaper, while asserting that oil production has not been affected.

How To Use Pendrive As RAM In Your Windows Computer

Through the social network of Twitter microblogging, employees from the variously affected multinationals have confirmed the presence of this new cyber threat, according to an employee of the food company Mondelez, headquarters of Cadbury or Nabisco and owner of famous brands such as TUC, Chips Ahoy or Oreo- only affects for now devices with Windows operating system.

The sectors affected are diverse: one of them has been one of the largest law firms globally: DLA Piper, along with Mondelez, the US pharmaceutical Merck or the Danish logistics and transport giant Maersk. The experts, although it is still early for confirmation, point out that it is a ransomware known as Petya.

According to the sources, the hundred of employees of the firms would be totally prohibited to ignite the equipment or to send corporate messages. Employees have gone home and services have been suspended, with only senior positions remaining at headquarters. 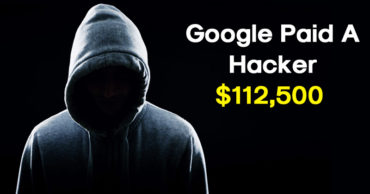 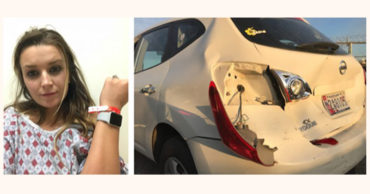