WARNING! Your USB Port Leaking Your Personal Data To Hackers

Surely many of our readers (even like me) had not crossed our mind to what extent we are secure via USB connections since they usually give more fear of malicious external attacks that come from the network of networks, than those attacks that occur in physical form.

Researchers at the University of Adelaide have conducted a study in which they have discovered that it is possible to intervene the communications of a USB connection from an adjacent port by capturing the leaks of electric current and converting these as the data being sent through of the cable.

Dr. Yuval Yarom, an associate researcher at this university, compared the discovery with water pipes that may leak and allow access to water.

The study involving several US universities showed that at least 90% of USB devices out of 50 tested are in danger and that new USB specification should address this problem in favor of the security of our most sensitive data.

To give you an idea of what this study is talking about, for example, a malicious attack could add a modified USB drive or cable to our computers to capture what we write on our keyboard or intercept the information we import or export from USB drives.

This modified storage device or USB device would save the information or transfer it via Bluetooth to the attacker so that later it will use it for the intentions that it had.

How To Change Your SIM Number Using Android

Let’s not talk about other devices such as card readers or fingerprint readers that could be in danger. Undoubtedly a serious problem that the domestic user may overlook, but government institutions or companies can not ignore. 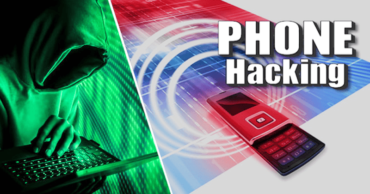