Rumors and speculation are over. These are the new Pixel 2 and Pixel 2 XL from Google! The Mountain View Californian giant has finally unveiled us its new flagships at a major launch event in San Francisco. With them, the top segment of mobile phones begins to be completed and competition between them all becomes stronger.

This new generation of smartphones, made by LG and HTC, hit the market after being known the proposals of all its competitors in the high range of mobile devices.

That is why it had generated a great expectation to know what would be the big the tech giant Google’s bet this year regarding this segment and now, it is clear that their plans are to position themselves high with these two new models, even presenting battle to the new Apple iPhone.

As for the first of the phones presented, the Pixel 2 is a phone with a minimalist design and sober, without that means little power. Quite the opposite. It has several specifications that differentiate it from its previous model and constitute it as a great alternative within the high middle range.

For example, an aluminum unibody which is metalized and with three proposed colors: white, black and blue. In addition, it brings to one of the best processors of the moment, the Qualcomm Snapdragon 835 and a battery of 2700 mAh, which assures us an autonomy of up to seven hours of use with only 15 minutes of load, due to its technology of fast charge.

The five-inch AMOLED screen with 16:9 FHD resolution is a good panel, although it does not add up to the trend of minimum frames. In addition, it features touch sensitive sides and two front stereo speakers at the top and bottom edges of the screen and without a 3.5-inch headphone jack.

However, who is the true protagonist of this presentation is the Google Pixel 2 XL, a smartphone destined to compete on an equal footing with the great exponents of the high range. It is a really true evolution with respect to its previous model, with minimalist design and more than important specifications.

This new model not only attracts to follow the bet of minimum marks in its front but also because it is pure power. Both Google and LG – the company in charge of manufacturing – have represented in this model their ambitions for this segment, providing a design of glass and aluminum, with an elegantly finished top in 3D Glass Gorilla Glass 5, to avoid bumps and scratches.

Similarly, other features are Google’s commitment to the photographic section, providing both models a single 12.2-megapixel rear camera with f/1.8 aperture, which can provide incredible photographic experience – in the words of Mountain View.

This is because the manufacturer has given the Pixel camera – which is not double – autofocus laser and phase detection with Dual Pixel technology. Not only that but also it has electronic and optical image stabilization for photos and videos. The front camera is 8 megapixels and f/2.8 aperture with fixed focus.

A fingerprint sensor on the back, unlimited storage for photos and videos (in original resolution, including video in 4K), waterproof (IP68), Android Oreo 8.0, Now Playing service, Google Play Protect and the guarantee of receiving for at least two years security updates, are another of the most important specifications of these new flagships of Mountain View.

Finally, as far as their availability, both smartphones can already be booked directly from the official site of “Made by Google”, having as more important news the arrival of the Pixel 2 XL to India, at a price of Rs. 73,000 and Pixel 2 will cost Rs. 61,000. This can be reserved by the Indian users on the official site since the 26 of October, anticipating its delivery later. 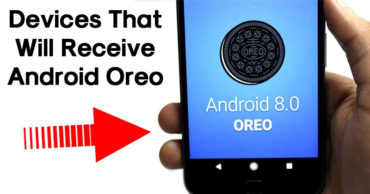