The Palo Alto company apparently believes it is better to save enemies and have them on their side rather than fight them. Chris Putnam was the boy who after spreading a virus in the social network, was hired by the company after having discovered that the attack was being carried out by him.

The worm created by Putnam and his friends managed to change the profiles of users to an interface similar to Myspace, but in addition, it also erased some contact details of users.

Dustin Moscovitz, the chief of operations of the social network, who managed to deduce that this was a boy, far from prosecuting or retaliating against him, it will be better to hire him.

The story of this boy reveals the details of how they developed this hack for the social media giant Facebook. The viral effect quickly spread from profile to profile, but only that the next victim observed the profile of an infected person. Controlled by Putnam through a separate server, it had the ability to change the characteristics of the worm to make it more sophisticated and “fun.” He could know how many victims fell by just checking the friend requests he had.

They soon realized this effect on Facebook and deduced that it was Putnam, the co-founder of the company decided to send a message to his account: “Hey, this was funny but it seems that you are removing the contact information in the User profiles when you replicate the worm. This is not so cool.” The boy, seeing a friendly response from Moscovitz, fully explained the details of the worm and then made some kind of friendship after frequent conversations on AIM.

Shortly after, Putnam would receive a job offer from a friend, which he commented with Mozcovitz and to which the businessman responded instantly with an interview on Facebook, a company to which he would later join.

A contrasting view of the social network regarding, for example, Sony, which has gone against Rayford and every one after his PS3 was hacked. The Japanese company still does not think it convenient “if you can not stand against your enemy, then cover it”.

So, if you liked the story of the first Facebook hacker then simply don’t forget to share this article with your friends and family. 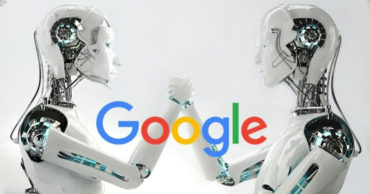