The first thing that needs to be clarified right from the start is that there is only one way to know, with absolute certainty, if you’ve been blocked in WhatsApp: by calling the person and asking. Since no one wants to do this, here are five signs that indicate a blockage.

Attention: Do not believe apps that promise to show if you’ve been blocked in WhatsApp or anything like that because most of the time this kind of promise is a scam in WhatsApp.

In each contact or within each dialog, in the upper bar, you can see the time the person was last connected to WhatsApp. Also, if he/she is online or writing, we can also view this information.

If your last online time is recent, that person has not blocked you (or if you have been blocked at this very moment). As I said at the beginning of the article, there are ways to hide this data, so let’s get more evidence of a potential blockage.

Another blocking sign is that we will never see the double check in the messages we send to a certain person, the “single check” symbol stays forever in the message, which means that this message could not be delivered to the recipient due to the blockage. With the latest WhatsApp updates, it’s pretty easy to recognize that you may have been locked in the app because once you’ve been blocked by someone, it’s impossible to see the photo or the status of the contact which is in question. Giving us a very strong indication that we were blocked from doing anything (or that person has changed the number or simply deleted the account)!

If you’ve reached the fourth topic of this article and you are still not convinced that it was blocked, try calling the suspicious contact who blocked you. If you call repeatedly and can not talk to your friend, the chances that you’ve been blocked.

Try to make a call between carriers, because when you have been blocked and make a call via WhatsApp (data or Wi-Fi), the call will ring for you, but your contact’s cell phone will not ring.

Even if you have been blocked, whoever blocked you can still exchange messages in groups in common. However, if new groups are created, this will not happen. Thus, if a lock exists, it will not be possible to add the contact to the newly created group, and an error message will be displayed.

That’s it, so, if you liked this article then simply don’t forget to share this article with your friends and family. 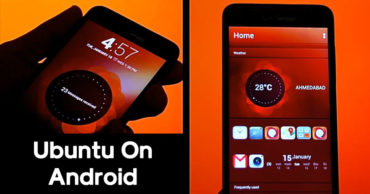