Ever Wondered Why “C” Is The Default Drive On Your Computer? Here’s Why

A long time ago, it was difficult for normal users to afford a computer, because it was a kind of luxury. But, in today’s world, the computer is a general need for many. The number of computer owners are increasing drastically than it was thought by the creators.

Whenever we open Windows Explorer, we see that the disk drive on which Windows is installed is usually the “C” drive. Other drives, such as external HDDs, Memory cards will be called by the letters D, E, F, G and so on.

Have you ever wondered why the primary hard drive is always designated by default with the letter “C”, instead of A? Ever wondered where the A: and B: units are? If so, keep reading.

Today we are accustomed to Pen Drives, external HD and even with the cloud. But in 1960, Floppy disk drives were used as the storage devices and it was available in two sizes 5 1/4 and 3 1/2. These two floppy disk drives are labeled as Local Disk (A) and Local Disk (B).

It was only in the late 1980s that hard drives became a standard and they were labeled as C since the Local Disk (A) and Local Disk (B) is already assigned to floppy disk drives. Now, floppy disks became obsolete, so the A and B drives were phased out and C remained.

Now you know why is C the default hard drive of your computer. Hope you enjoyed the post, share it with others also. 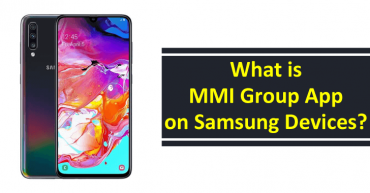