What Is The 18:9 Aspect Ratio and How Is It Different From 16:9?: As we see the tech industry is continuously developing and frequently adopting and inventing new trends. The latest trend is 18:9 screen format. Well, how much do you know about the latest 18:9 screen format?

What Is Anti-Ghosting Feature On The Keyboard?

Well, most of are confused in between 4:3, 16:9 and 18:9 format. These are nothing more than the mathematical connection between its measurement of height and width. Well, before 1950 film productions were made on a 4:3 scale. As we know the television was invented in 1925 and came to limelight after World War II. So, at that time 4:3 ratio was adopted and films were produced on the same scale.

In the year 1960, the cinemas began to adopt new ratio and one of them was 7:3. Well, to run the 7:3 aspect ratio, you need to have a different TV. At that time, people who tried to run 7:3 scale videos found that some parts of the images were deleted or reduced.

Over the time, the film industry has adopted the 16:9 scale, which is the average between 4:3 TV and 7:9. If we take a look at recent times, cinematographic filming is produced in the called scale of 70mm or 2.20:1 while the display maintains the 16:9 scale. This again requires different adjustments. So, to prevent this, the scale was again adjusted to the 18:9 or 2:1 format.

So, in this new format, any production that is made in 16:9 can adjust to the size of the screen without losing any visible content or being reduced to the point of applying the black bands.

What Processor, Graphics Card, and RAM Does my PC have?

Now, Google also encouraging Android content developers to develop apps which supports such a scale or bigger. So, slowly Televisions and other devices are also adopting this scale.

Did you find this useful? Share your opinion with us. 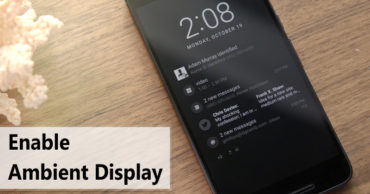