How To Get Android Oreo Launcher On Any Android Device: A few weeks ago Google announced the latest version of an Android operating system that is Android Oreo and it had promised to push it out to Pixel and Nexus devices very soon.

Related: How To Enable Ambient Display Feature On Any Android Device

However, for owners of other Android devices, there is no guessing when Oreo will be available on any other phones. However, if you need to enjoy the Android oreo interface on your Android device then we got a good news.

Some enthusiastic developers have always wanted to bring Pixel features to Android devices. Just a few weeks ago, we have seen a developer ported the Pixel launcher for other devices.

Related: How To Turn Your Android Phone Into An iPhone X

Now, developers have released their next version of Pixel launcher which goes by the name Rootless Pixel Launcher 2.1 and it promises to bring Android oreo interface on any regular device.

Here’s how you can enjoy the Oreo launcher on your Android device: 1) Head over to the Amir Z’s Github page and search for the file APK “Launcher 3-aosp-debug.apk” Download it on your Android smartphone.

2) Now on your Android go to Settings > Security and enable the “Unknown Resources” option. 3) Install the downloaded apk file. The file is known as Launcher 3 and set it as a default launcher on your Phone. Grant the permissions needed and you are ready to go. To uninstall the Android Oreo launcher, just go to the app’s settings and then uninstall Launcher 3.

Related: How To Get Android Oreo Features On Your Phone Today

Make sure to use this launcher, and share your experience with us in the comments below. 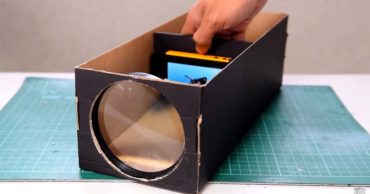