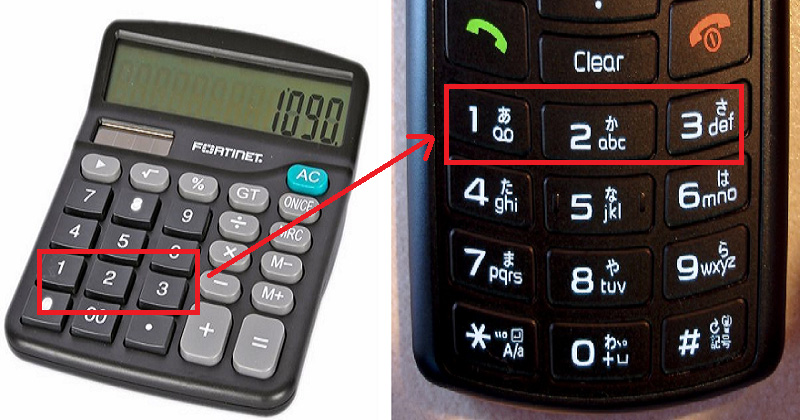 Ever Wondered Why Numbers On Calculators And Phones Are Reversed?

Ever Wondered Why Numbers On Calculators And Phones Are Reversed?: Now everyone has a smartphone for their personal use. Well, smartphones might have minimized the use of Calculators, but have you ever observed that the numeric keypads of phones and Calculators are reversed?

Though both keypads actually have zero at the bottom, the remaining numbers go from top to bottom on the phone and bottom to top on the calculator. This is something that has puzzled lots of users including myself. So, if you want to know the exact reason why the numbers on Calculators and phones are reversed, then we have to recall a story that begins back in pre-calculator days when there were mechanical cash registers.

Here’s Why Android Phones Slow Down Over Time So, when mechanical calculators made their appearance, they followed the same trend as set by the cash register with 0 at the bottom and 9 at the beginning. Later, when hand-held and electronic calculators were invented, which we still use, they stuck with the same arrangement – 0 at the bottom, remaining numbers going from 1 in the bottom left corner to 9 in the top right corner.

So, basically, you can say that the number arrangements evolved from the cash register and the calculators still use the same pattern.

Ever Wondered Why “c” Is The Default Drive On Your Computer? Here’s Why

So, know you know why numbers on Calculators and Phones are reversed! What do you think about this? Discuss with us in the comments.