What Is NFC And How To Use This Technology?

Surely you’ve seen the NFC acronym in the technical specifications of a smartphone, but do you know what it means? Today in our Android series for Beginners, I will explain what it is, what it is for and how to use this technology that has a promising future.

The acronym NFC stands for Near Field Communication and designates the technology through which information can be exchanged wirelessly between two devices next to each other. This exchange is done automatically, that is, without the need for previous configurations, and can happen between smartphones but also with any other device that has a compatible chip.

How does it work?

Basically, the technology creates a short-range radio frequency link that can transfer small amounts of data between two devices positioned within a few centimeters. It differs from Bluetooth because it does not need pairing of handsets.

Even so, the technology is quite secure and prevents the intervention of third parties in said exchange of data. Data types can be the most varied, but so far the technology has been more developed to streamline payments. I will show below, however, other very interesting uses of the NFC.

The possibilities of exchanges are numerous with two devices that have the NFC chip. Sending photos by email if your friend is present, for example, is a thing of the past. Simply enable the function and bring both devices closer together. Your device will vibrate and a “Tap to send” message will appear. By clicking anywhere on the screen, the photo will be sent. Other larger files can also be uploaded with third-party applications.

Music for all tastes

Anyone who has an NFC-enabled speaker can choose the soundtrack simply by choosing the song on the smartphone and then approaching it from the speaker. The cool thing is that, in a meeting of friends, each one can be the DJ and choose the music, transferring it by the same technology.

As I said before, the possibilities are endless, and in my opinion, this should be the direction taken by Android and its new applications.

Here’s How You Can Delete Your Sent Messages On WhatsApp

In addition to swapping files, NFC can be the gateway to the world of mobile payments on services like Apple Pay, Android Pay, and Samsung Pay. Of course, on some platforms, NFC acts as an additional technology, not as the primary form of communication between the mobile phone, the software, and the payment machine. The NFC also serves as a method of querying and recharging transportation tickets, depending on compatibility, such as the Single Ticket of the Kolkata City.

What do you think of the NFC? Do not you think it’s a little technology with great advantages? Share your thoughts and opinions in the comment section below. 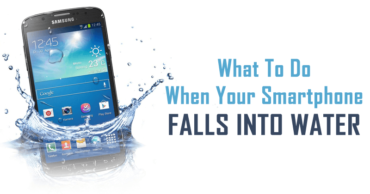