Several studies show the dangerous trend that is on the rise, the attack of cyber criminals on network devices such as modems and routers. Such attacks are triggered to steal victims’ personal data, as well as bank account passwords, credit card numbers and redirect connections to ill-disposed servers.

How To Protect Your WiFi Router From Hackers

Even if a computer is guarded by a good antivirus, it is not invulnerable to such crimes. Therefore, it is important to take measures in order to expand the protection of modems and routers. Below, we’ve listed five compelling ways for you to protect your network devices and hence your computer, tablet, or smartphone.

Modems and routers are set with default passwords when they leave the company. So, it’s easy to estimate out what the passwords are if users have not replaced them.

Even when the internet provider installs the device in your home, the default password for accessing settings is not changed. With password change, it is much more challenging for the criminal to change the settings of your network device.

Nowadays, hackers use complicated systems that test and can detect simple passwords. Therefore, the user should avoid using words, dates or names that appear in a dictionary. A great suggestion is to create a password that mixes letters, numbers, and symbols, with at least eight characters.

Several malicious redirections including the legitimate DNS servers of internet providers are being recorded. In such attacks, criminals seize the vendor’s DNS and use it for a period of time to direct users to fraudulent bank pages or to install some kind of malware. One of the easiest and most efficient ways to avoid this is to use a DNS server other than the provider.

Typically, on the manufacturer’s website, you can download the latest version of the firmware for free, depending on the model of the device. Not everyone remembers this, but it’s something crucial to keeping your network safe.

Use A Good Antivirus/Antimalware Solution

Modern anti-malware software frequently provides extra protections for wireless connections, even those of remarkably dangerous and vulnerable networks. Having such a program installed on your computer can help recognize any attacks that may be brought out on your network. 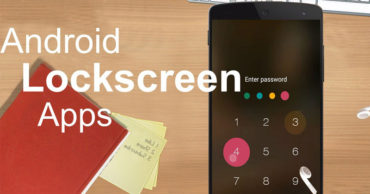