Samsung Is About To Launch ‘Double-Sided’ Smartphone: We all know that Samsung has long-since been rumored of launching a new foldable smartphone. Very often we see, Samsung making the headlines regarding a foldable smartphone. Well, this might be an innovation, if the company succeeds in doing so.

Recent, rumors throw light on another part of the story. The South Korean Giant, Samsung, might also be developing a new device that will carry a double-sided display. The reports came from LetsGoDigital, who posted the new display patent of Samsung which reveals a dual-sided display.

The patent was originally submitted way back in 2015 in Korea than in 2016 in the US. Now the patent has been published by the US Patent and Trademark office a few days ago. The patent seems to be a full touchscreen and the front display gently routed around as far as about half on the back. 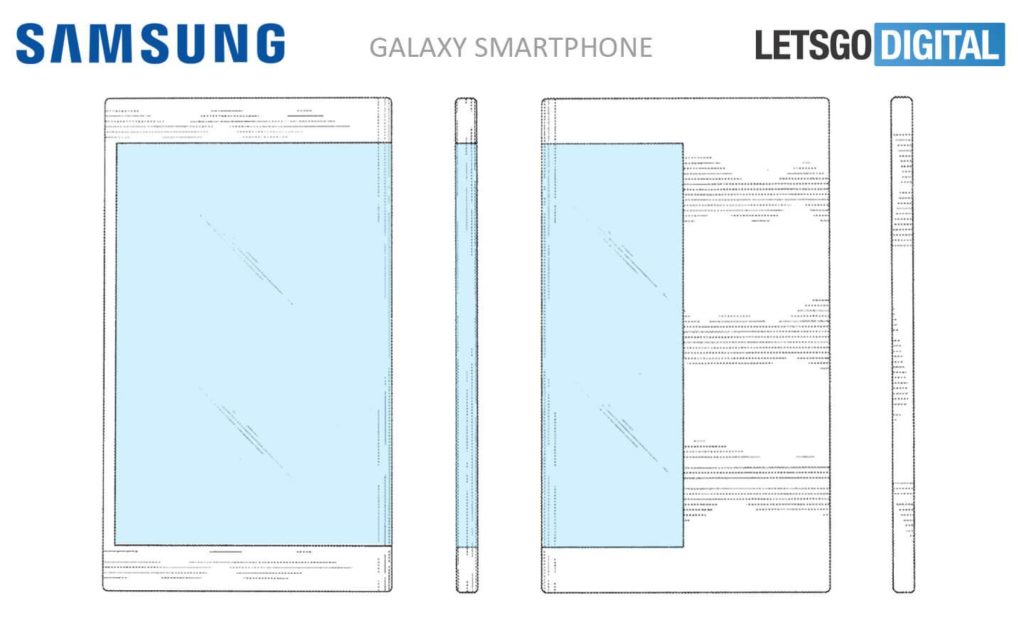 Well, it’s still unclear that we might see this appear in the Samsung’s next batch of phones. However, recently, smartphone manufacturers are adopting new designs. So, one thing is clear that Samsung needs something new for the future of its smartphone designs.

So, what’s your opinion on this? Discuss with us in the comments below.