Animoji Apps For Android? They Are All FAKE

One of the most curious and fun features of the Face ID system comes with the Animoji. The facial recognition system integrated into the iPhone X not only allows you to unlock the phone but we can also use animated emojis that react to our expressions in front of the camera making the same gestures.

A function that every user would like to have. That is why hundreds of applications with this feature have appeared in the Google application store, but do you really have an Android application for Animoji?

We fear that the answer is a resounding no. Today there is no device that has the necessary technology to recognize our gestures and apply it in an emoticon. And the Animoji apps on Android available on Google Play? They are all a scam, a dangerous scam.

Beware of Animoji applications for Android: they are useless and could contain malware

If you search in the Google application store the term “Animoji Android” will appear a list of applications that supposedly have animated emoticons but none of them is close, or by far, to what the new Apple phone offers.

The problem is that they are not only a scam but also have a very invasive advertising that will fill the screen of your phone with hundreds of ads. If at least the applications really allowed to have Animoji in Android it would be worthwhile, but unfortunately, these apps are nothing more than junk that occupies space on your phone and that could contain malware.

Obviously, the developers of these applications have taken advantage of the pull of the animated emoticons of the iPhone X to take advantage of users who want to have Animoji on Android trying to monetize their apps to the maximum through the bombing of ads.

In addition, these applications require a series of permits that can be used for commercial purposes, so we recommend that you do not try to install any of them. Do you want Animoji on Android? Right now, the closest thing is Snapchat and Instagram services because what you will find in the Google Play Store is nothing but fake applications that will fill your mobile with annoying and invasive ads.

Anyway, sure sooner rather than later we will see the first phones that will feature Animoji on Android. The Oppo F5 has a facial recognition system, so it will not take long for an application to simulate the Animoji of the iPhone X. 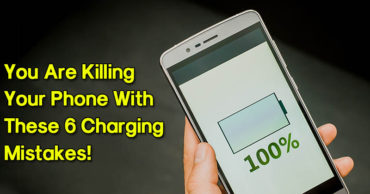