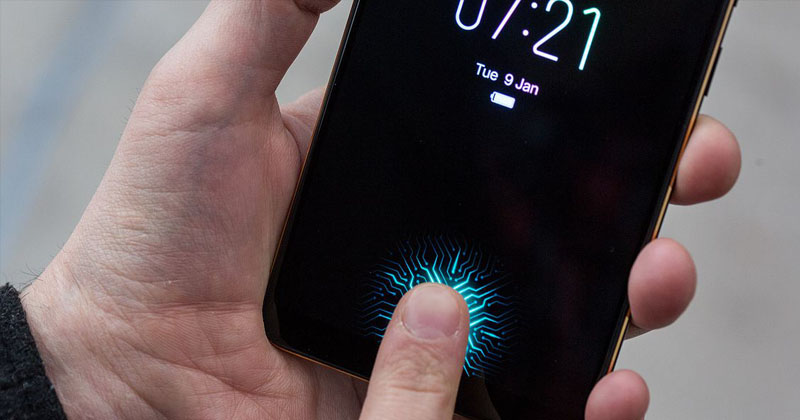 Meet The World’s First Phone With An In-Display Fingerprint Sensor: For all of those who don’t know, Synaptics Inc. the company announced a new type of technology in December 2017 which will allow manufacturers to place a fingerprint sensor on the smartphone screen. The news created lots of controversies and it looks like the technology had made its way to a new smartphone.

5 Best Apps To Make Free Calls From Your Android Smartphone

So, now in CES 2018, the company has fulfilled the promise. The company showed a smartphone of Vivo at the event that carries very thin edges just like the all new Samsung Galaxy S8. The smartphone carries the biometric sensor on the front and it’s the first smartphone that carried the fingerprint sensor under the display.

5 Most Common Errors We Make While Charging Our Smartphone

As we know, Capacitive sensors are now present on almost every high-end smartphones. So, Vivo’s on-screen sensor also works the same way as the capacitive sensor do. However, the latest tech comes with one major drawback, it was bit slower compared to others.

What To Do When Your Smartphone Starts To Crash?

The reports from The Verge claims that the smartphone shown during CES 2018 is not a fixed model of Vivo, but the final design of the smartphone might look identical. What’s your opinion on this? Discuss with us in the comments below.