Everyone is blunt of hearing about studies and predictions about the future of our planet Earth if global warming is not controlled, right? The problem is that most people associate this “future” with the idea of something far away – which gives us the false impression that we still have plenty of time to reverse the situation and avoid the problems that the scientists say are coming. Only the thing is not quite like that!

A group of respected scientists has sent out a scary warning. According to these people, we only have three years before it is too late to save the Earth from the worst effects of global warming.

Many of the devastating effects of global warming are already there, even if we do not realize it. In the last two decades, the average rate of sea level rise has increased by 50%, and the last three years have been the hottest. Want a more current data? This year, temperatures have already reached the highest levels in history in some regions of the Earth and that is only half the year.

Scientists who launched the alert explained that if greenhouse gas emissions are permanently reduced by the year 2020, it is possible – not sure! – that the temperatures of the Earth do not reach the maximum limit from which there will be no way to return.

Failing that, researchers predict a series of devastating impacts such as the dramatic increase in deforested areas, unpredictable climatic variations that could ruin crops around the world, and floods caused by rising sea levels – which would greatly affect coastal regions.

Luckily, the group that launched the alert also proposed a series of targets that, if implemented, could help reverse the picture in the next three years. To do so simply we have to ensure that 15% of all vehicles sold globally are electrical and that at least 30% of the electricity supply in the world come from renewable sources.

Scientists also propose that cities move to de-capitalization plans, which include building low-polluting buildings and infrastructures by 2050 – for which there is projected $ 300 billion in funding per year.

Other measures would be to implement more sustainable agricultural practices, focused on reducing emissions and increasing carbon sequestration, banning deforestation and promoting reforestation, encouraging the financial sector to issue more “green bonds” to assist in global warming mitigation efforts, and develop plans for the industry to increase its energy efficiency and reduce greenhouse gas emissions by half by 2050.

Did you get a taste of pessimism by reading the above proposals? If you get so then it doesn’t mean that everyone will get, as the global warming is not a priority of the Americans and Donald Trump decided to remove the US from the Paris Accord. This agreement, as you may know, refers to targets related to reducing the emission of pollutants that the signatory countries have pledged to meet.

Even with this immense complication – since the US is the biggest polluter in the world – scientists say it is vitally important that everyone join in the fight against emissions and commit to meeting the targets set by the agreement.

So, if you are worried about this subject then simply don’t forget to share it with your friends and family. 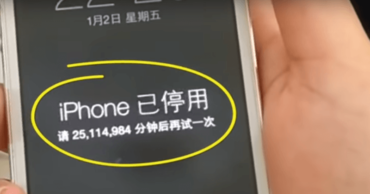