There is always something that one does not want anyone to know about Facebook: a tag that someone put in a photo, an event that will not attend until a spelling mistake published out of time and there will always be the option to delete. But really all that one erases disappears?

Basically, the answer to this question is mostly a grey area as no one can be completely sure about it.

As the child who immerses himself in his new toy without weighing the risks involved in its use, citizens have adapted their lives to the digital environment without noticing the torrent of personal information that we leave behind when interacting with electronic media, surf the internet Or participate in social networks.

We delete messages from our e-mail account thinking that they disappear, but their content is preserved in our computer and in the company that offers the service of the mail.

We format the card of the camera believing that we erase the photos, but these are still there. We use the mobile as a portable store of our privacy, ignoring that any computer with basic knowledge can access it easily and steal our personal data, as happened to actress Scarlett Johansson, forced to share with the entire planet the self-portrait that was made In the shower, and that a hacker spread after hacking his phone.

Suppose we upload photos to our profiles in social networks and then, regretfully, remove them, believing that they have disappeared, but the search engines that are dedicated to registering everything that appears on the internet and has copied them, so that they can remain retrievable. We enter the network thinking that no one sees us, but our navigation leaves an indelible trace, as the surfer who harassed the presenter Eva Hache through his Twitter account: the false profile under which he believed covered did not serve him anything.

Basically, our digital history already counts more about us than our own memory. In 80% of divorce proceedings in the United States, information obtained from social networks and private chats are used, infallible infidelity tellers. The Austrian student Max Schrems recently asked Facebook for all the information he had about him and the company sent him a page with 1,200 pages where not only what he showed in his profile, but also his private conversations, notes he had deleted, references about their tastes, their interests, and even their religious opinions.

But, it does not mean that you can not do so, as there are many services available who promises to do so on your behalf. But, again here question get arises that “Does this will erase all your data on the Internet?”

However, it is quite clear that once if you entered the Internet world then it is very hard to get rid of it. Though you may think that you have done all your job by simply deleting all your data from the internet. But, the fact is that the internet does not delete any data. 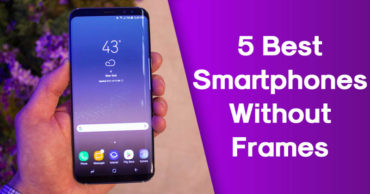