The first version of Android appeared in 2008. It is Alpha 1.0 and was not yet ready for the public. It was not until a year later when the first commercial version, Cupcake 1.5; the version that inaugurated the sweet names of the system and brought emblematic functions that we continue to use to this day.

It sounds trivial, but before 2009 you could only use Android on a device with an embedded physical keyboard. They were devices like the LG-GW620, Motorola Cliq and HTC Dream, which successfully continued their lines with Motorola Milestone, HTC Desire and LG Cookie.

Today, it is quite common to type fast and frantically on the generous screens of our smartphones, but imagine typing on a 3.2-inch screen. Not so fun, right?

When this function arose, the manufacturers received the necessary notice to better develop the screens of their devices, looking for them to be bigger and better defined. In addition, of course, a much more precise touch technology came out.

This did not start with Android, but it was the Google system that popularized it. And it became so useful that even the tech giant Apple perceived its importance and implemented it in the latest versions of iOS. Widgets are components that simplify access to another program.

This is one of the features that most characterizes Android. Today, iOS, the main competitor of that system, continues to leave all the apps directly on the home screen. The drawer or app panel, also known as App Drawer, allows us to use the home screen only for widgets and those applications that we use most.

This is especially useful considering that today we download many applications, thanks to the internal memory of smartphones is increasing. By being able to host all of them in the application panel we will not load our home screen with folders full of apps, leaving space for customization.

In addition, we can order the application drawer alphabetically to facilitate the search.

In a world where manufacturers are removing the audio connection of more and more products, a quality wireless audio connection is the most important thing. This feature arose with Cupcake and therefore had time to develop with quality until today.

In this way, even without the famous P2 connection, high-quality music enthusiasts can enjoy on their smartphones along with wireless headphones, Hi-Fi technology.

This feature has long marked the difference and, thanks to its past in Android, have been shaping together the future of this wireless technology increasingly.

This function seems simple, but it is not. In many of the mobile phones that came before Android, it was not possible to rotate the screen much less automatically. And that was very counterproductive.

Nowadays, we can not only do that, but we also have the possibility of turning our smartphone or tablet into a computer, we just have to lean it on the table and connect a keyboard, working comfortably horizontally.

In this list, I present the functions that I personally find most important, but there are others implemented in Android Cupcake that continue to exist today in the Oreo version and will continue in the next versions, although a little different and improved.

What is the oldest feature you use on your Android? Share your thoughts and answers in the comment section below. 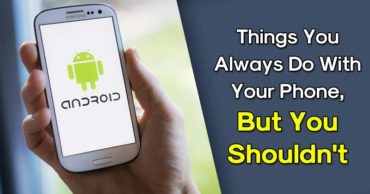