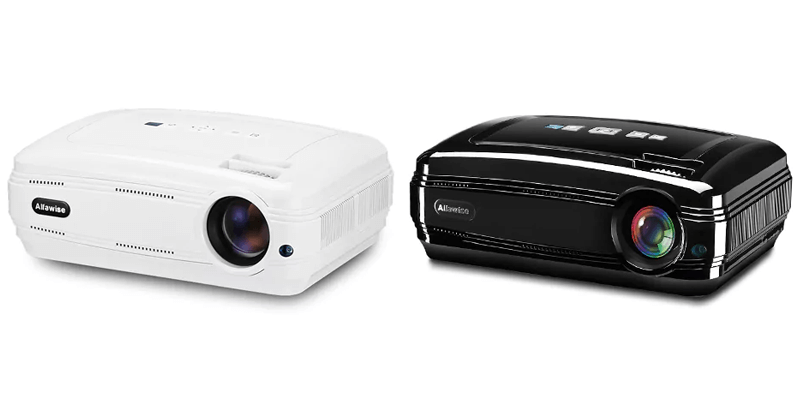 A projector is a device designed to capture an image from a video source and project it as faithfully as possible on a screen or other surface. The projectors are used in a variety of different ways; They are enjoyed by home theatre enthusiasts because of their ability to project movies and television shows on a much larger screen than even the largest available television and are used in the corporate environment to project information on large enough screens for rooms full of people. The projectors come in a variety of different shapes and sizes and are produced by different companies.

A projector is designed to receive the video signal from some external device, usually a DVD player, a Blu-Ray player or a computer (and project that signal on a screen). This is done by displaying the image represented in the video signal on a small screen inside the projector itself, which is projected onto a screen by a bright light and a lens. The lens is a piece of glass with a very specific shape designed to take the small image and turn it into a dramatically larger one. Projectors allow users to modify a variety of image features, including brightness, sharpness and colour adjustments, in the same way, a standard TV would.

LCD projectors (an acronym for “liquid crystal display”, for its acronym in English) use the same techniques as LCD TVs to project their image. The projector reflects the video signal with thousands of tiny mirrors inside the projector itself, allowing greater clarity and resolution when the image is projected onto a screen. LCD projectors are the easiest type to make, which in turn makes them the most affordable type to buy.

DLP projectors (short for “Digital Light Projection”) are coveted for their incredible image quality. They are much more expensive to produce than LCD projectors, which makes them much more expensive. They use small devices called “micromirrors” to show their image, which leads to a perfect digital image projected when they are projected on a screen. Unlike LCD projectors, these projectors can display each primary colour at the same time, which leads to incredibly faithful colour levels when projecting an image. Many cinemas have started using DLP projectors in their projection booths.

Hence, today I will introduce an amazing projector known as Alfawise X 3200 Lumens HD 1080P Smart Projector and the most interesting thing is that this awesome projector supports 4K, even it also powered by the tech giant Google’s most used mobile operating system, of course, Android.

● Ultra-large projection size (200 inches) for ultimate viewing enjoyment
● 3200 lumens, the higher power of the LED light source has enough optical efficiency
● 2.4G + 5G dual band WiFi + Bluetooth 4.0, high-speed data transfer experience, more convenient
● 4K VP9 can help you save 50 percent bandwidth resource, and deliver razor-sharp detail and vibrant images
● CPU: Quad-core 1.5GHz Amlogic S905X, RAM: 1GB DDR3, ROM: 8GB NAND Flash ( but the basic version does not have the OS )
● The device runs on the Android 6.0, provide a better OS than most of the projector ( only Android 4.4 ) on the market
● Radiation-free performance does no harm to your health
● Suitable for home theatre, gaming, singing, etc.
● The remote controller is powered by 2 x AAA batteries ( not included )