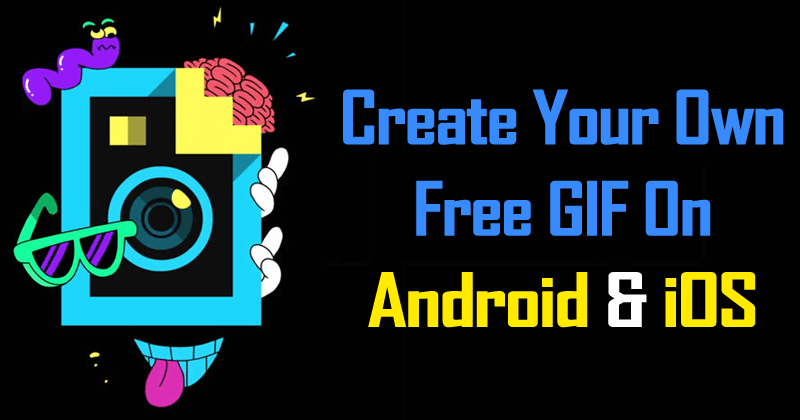 GIF can now be shared by the most instant messaging applications, and even the most famous platform, Giphy, already has an app for Android and iOS.

It is the most famous platform, which is already integrated into apps like Tinder, Messenger, WhatsApp, and Twitter.

There is a whole ranking of the most popular animated images used by the user community. The problem is that sharing always the same GIF ends up tiring, so from time to time like to try to create one yourself.

Maybe you’re lucky and your image ends up being a bomb. Who does not want to make a viral GIF? Well now, thanks to these free apps for Android and iOS smartphones, you can try.

The application of the popular microblogging service also allows you to create your own GIF. Just add a new post, upload a video and create the animated image. At first, it could only be done on iOS, but now it has finally come to Android.

As its name implies, GIF Camera is a camera app for mobile devices. What sets it apart from others is that you can convert your own videos to GIF format. It is currently only available for Android devices.

Timelapse is a photographic technique that consists of recording the same plane over an extended period. Then move to a fast camera and observe the accelerated movement of the environment.

This technique has come to mobile devices from the hand of some specific apps and function that incorporate the device’s cameras. One of these apps is Timelapse, available on Google Play. However, in iOS, the camera allows to record in this format but does not convert the videos to GIF.

Here’s What To Do When Your Smartphone Falls Into Water

The app is available for both platform, Android, and iOS, in both free and paid version, with a price of approximately $3. It is mainly intended to share GIF taken with the front camera of the mobile, that is, for the fans of the selfies.

How To Create Fake Blue Screen Of Death In Windows

It carries the same name as the Giphy website in which you can create GIF from Youtube videos. However, the service is substantially different. GIF Maker is an Android app that allows you to record up to 25 seconds of video to create your own animated image.

It is one of the most popular apps to create GIF. It allows you to apply filters such as Instagram, import video from the memory of your mobile or record it using the camera, share them in social networks and many more functions.