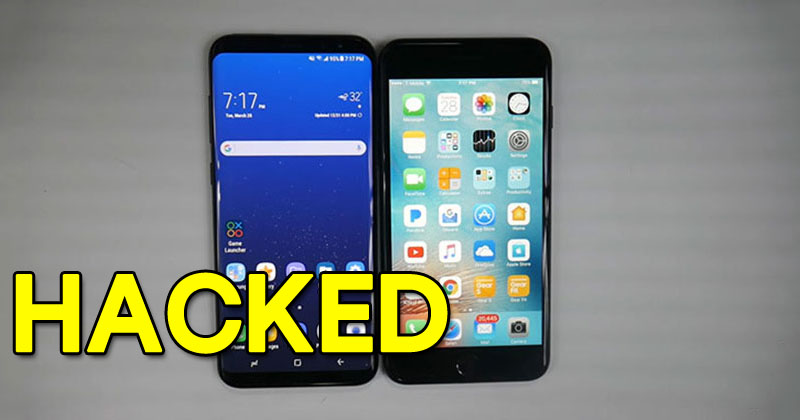 Security issues are pertinent to any operating system. In addition to user data, attackers seek to gain control of the devices before they can carry out further attacks.

Pwn2Own is an event where the vulnerabilities of mobile systems are shown and this year it has again made victims. The iPhone 7 and iOS 11 were the most targeted, but there were others to fall into the hands of the attackers.

It was last week that Pwn2Own was held again. This year there have been victims among the latest devices and operating systems. The iOS 11, which had a few days of presence, was the most flogged and where more failures were discovered. The iPhone 7 was another victim, having fallen into the hands of hackers.

iPhone and iOS crashes on Pwn2Own

In the tech giant Apple, the duo was discovered several flaws. The iPhone’s most serious flaw allowed it to be attacked by the use of a Wi-Fi network, where it was then possible to install a compromised application, which remained permanently.

But the tech giant Apple continued to have problems with iOS 11. Security researchers were able to compromise this system by using Safari. Here too, it was possible to exploit the flaw to install a malicious app permanently.

There were more victims on Pwn2Own

The big targets were the Apple products, but there were still other victims at this event. Also the Samsung Galaxy S8 and Huawei Mate 9 Pro had security issues.

In the first case, the failure was exploited through browser and hardware failures. In the second the problem was also in the browser. In both situations, it was possible to execute malicious code.

In all, during the event, $515,000 was awarded and the Tencent Keen Security Lab team ended up being the winner and earning the title of Master of Pwn, for having greater numbers of points in situations of discovery and exploitation of systems failures chattels.