According to a message broadcast by the hacking group Anonymous in the last few hours, NASA has among its plans to announce the discovery of intelligent alien life in the short term. “NASA says the aliens are arriving,” the group of hacktivists wrote in a statement.

On April 26th, Thomas Zurbuchen, a renowned scientist at the US space agency, had been shaken by his statement about the possibility of detecting aliens: “Given the different activities and missions that specifically look for evidence of extraterrestrial life, We are about to make one of the most profound and unprecedented discoveries in history,” he said in the middle of the hearing of the US Committee on Science, Space and Technology.

In his lecture, Zurbuchen listed the motives that make him consider being “closer than ever” to locating life outside Earth: on the one hand, the recent finding of hydrogen in Enceladus, the moon of Saturn. On the other, the auspicious results achieved with the Hubble Space Telescope in the oceans of methane from the moon on Jupiter. To make matters worse, the mission on Mars indicated evidence that the Red Planet presented in the past the necessary elements to harbor life.

Kepler’s announcement was added to that shining statement in recent days. The mission uncovered 10 new exoplanets believed to be habitable after analyzing another 219 candidates.

Based on both sources and other documents in the hands of NASA, Anonymous dared to assert, “It is very likely that many other planets throughout the universe will harbor intelligent life long before Earth.”

Beyond the bombastic announcement of the hacktivist group, most experts prefer caution. Many recalled the discovery of Trappist-1, which was made to the surprise of the world and then the analyzes did not yield results as fascinating as expected.

10 Must Have Apps For Your New Android Smartphone

In its turn, Kepler, since its launch in 2009, detected more than 4,000 exoplanets, which predate the recently announced 10, and none of them was a significant finding later. For this reason, the information of Anonymous aroused both enthusiasm and skepticism and we can expect the official word from NASA.

We really don’t know what is right and what is wrong in this topic? However, What do you think about this prediction? Is it True or False? Simply share your views and thoughts in the comment section below and don’t forget to share this article with your friends and family. 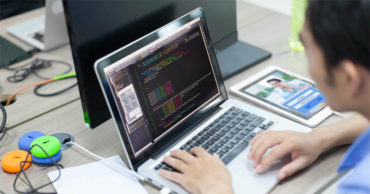