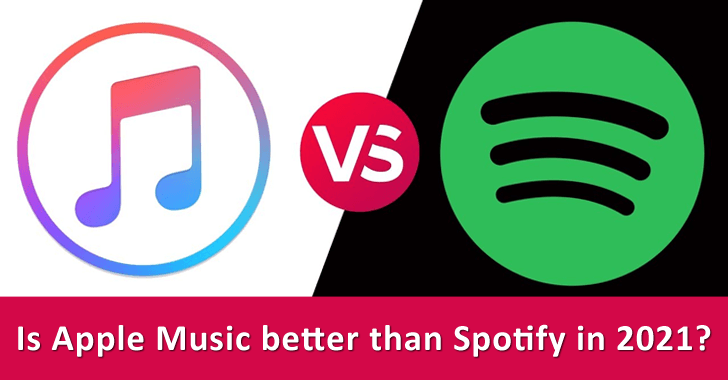 So today we’re going to discuss the topic, “Is Apple Music better than Spotify in 2021,” in short, we will compare the kings of streaming services that is the Apple Music Vs Spotify.

Is Apple Music better than Spotify in 2021? 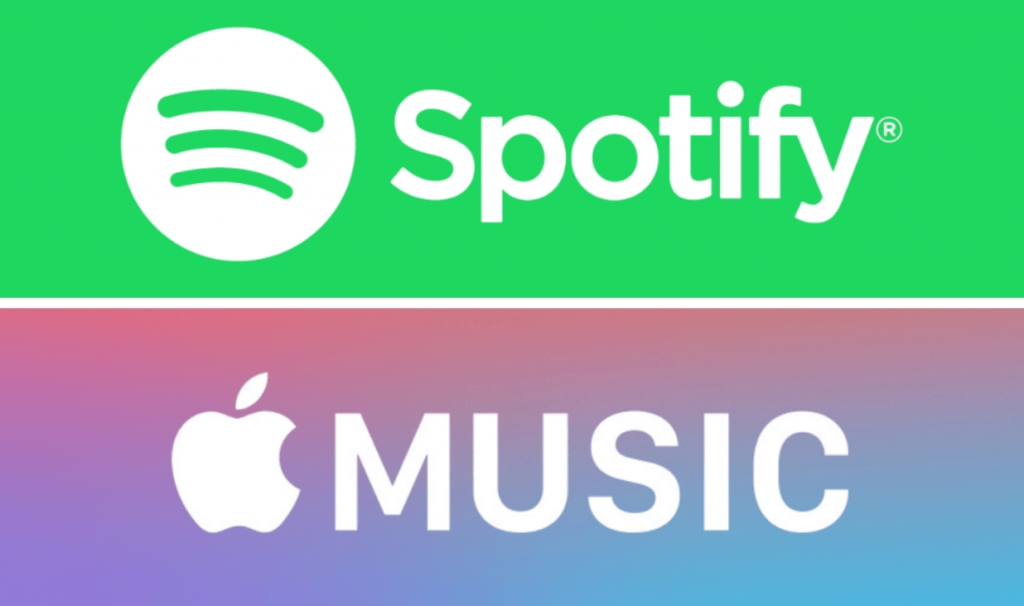 So, to answer this question first I have to clear some differences and comparisons between these two music beasts, Apple Music and Spotify.

As we all know that the answer to this question is not so simple, and we can’t judge out any specific app for this. As both of them stand out from the crowd with their own features.

Hence, if you really want to know, Is Apple Music better than Spotify in 2021? Then simply go through this whole article, and at last, I bet that definitely you will get your perfect answer.

And not only that, but even this whole article will also change the thinking perspective of your regarding these two music apps.

Let’s start by comparing these beasts, starting off with the good on apple music, I have to say that apple music is a more album-oriented service, whereas Spotify is more playlist-oriented.

However, the UI and design are very simple and very intuitive of apple music, it’s very clean. it has a very apple-like surface if you love music and for example, if you’re probably a fan of certain artists then Apple music is the best.

Apple Music pays its artist a lot more than Spotify, and apple music does something very well that is iCloud syncing. Whenever you will download a song in Apple Music, you will notice that it’s automatically gets connected to all your devices.

Apple Music does provide all superior features as compared to Spotify, and Apple Music manages its offline content very well. However, on Spotify, you really have to dive in to see your preferable type of songs and what you need to download.

In the case of Apple Music, you simply got a downloaded tab and there you will see your entire library that you’ve downloaded offline.

Apart from all these the fun part of Apple Music is that it does live lyrics whenever a song is playing, you can tap the lyrics tab and you’re going to see how the song is playing with the lyrics.

Something that a lot of people love about apple music is the ability to switch between light and dark mode in a very easy way. Well, you simply scroll down to the control center and toggle light or toggle dark mode.

We all know that apple purchased shazam if you do not know what shazam is, well its generally identify the music that is being played around you.

If a song is playing on the radio you simply tap shazam, and it will let you know what song is being played, and then once you’ve shazam the song you simply tap on apple music.

Apart from this Apple music provide a brand new feature with ios is that you can now search for a song by lyrics, such as sometimes it happened that you know that song but you do not know the name of the song.

Well, in that case, you can type the lyrics and you can simply search up the lyrics and then you’ll be able to discover the song, it’s one of the favorite features of Apple Music users.

Apple Music has something crazy and whereas Spotify doesn’t is music videos. Spotify has a podcast which is something positive which we will discuss later but it does not have music videos.

Apple Music now allows artists to add animated album covers as their main cover for the room and this unlocks unlimited possibilities to what an artist can do for example justice which is Justin Bieber’s latest album.

Recently did this the album simply comes alive which is cool and just imagine how cool it would be when all the artist will make their own animated album.

Now, let’s move towards Spotify to see what makes Spotify so special, the main thing that I have found by using Spotify is that the music recommendations that the Spotify algorithm gives are quite better as compare to apple music.

According to my conclusion on the Spotify Vs apple music algorithm is that the Spotify algorithm is simply the best something awesome that Spotify has and I wish apple music would have is that as soon as you play a song the music video goes in the background and replaces the UI.

However, it’s a very risky UI but in my opinion, it simply works but on the other side, Spotify is such a playlist-oriented surface like if you want to discover new music the Spotify algorithm is superior to apple music.

Spotify is simply proud of its algorithm and that’s why they’re putting playlists all over the place, another very good thing about Spotify is that Spotify has a riskier UI.

Spotify is also pushing the podcast industry heavy they just purchased the rights of the Joe Rogan podcast which is a very popular podcast and you can listen to podcasts inside of the Spotify app.

It’s very easy to like and dislike songs as soon as you’re playing a song you’ve got this thumbs up or thumbs down button in Spotify.

Spotify codes is a very fun new feature, let’s say you’re listening to a song and your friends like it too and asked about the song, well in that case you can simply pop up the code and they can scan it with a Spotify app and it will automatically be added to their library.

In this case, you can simply tell your phone to turn the music off in 30 minutes or 25 minutes whatever time you want to set as per your requirement.

Spotify, helps you to know how many streams a song has which is pretty awesome. Moreover, when you go on a profile of an artist you get to see the social media the Twitter and Instagram of that artist if you want to go ahead and support them and keep following and Spotify helps you to do that.

Not only this but through Spotify, you can also buy tickets to their concerts. It all positive that we have talked about apple music and Spotify.

Demerits of Spotify and Apple Music 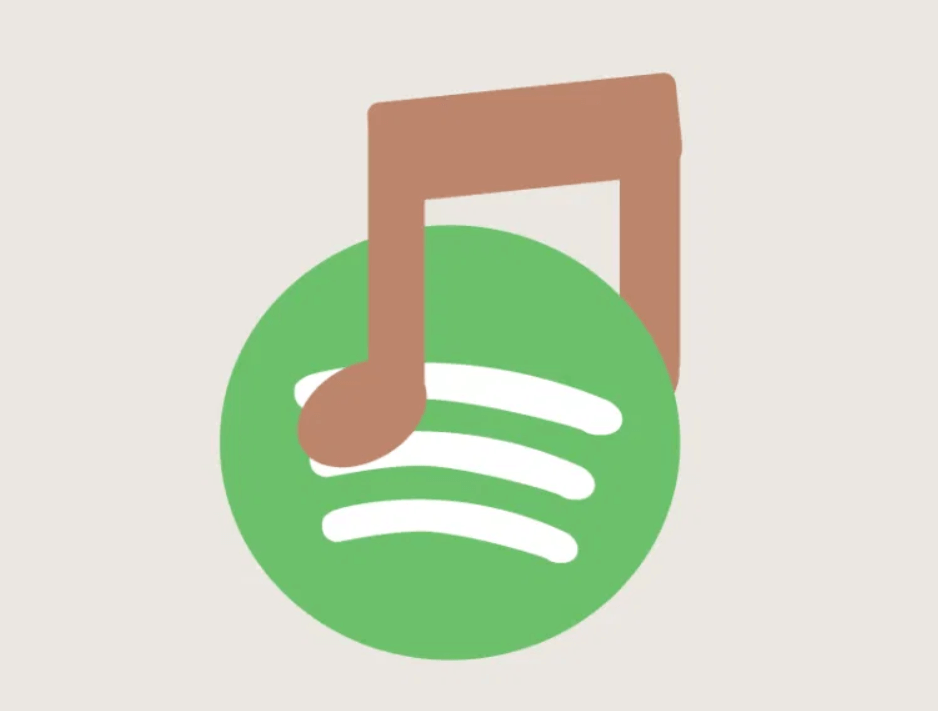 Now, let’s know more about apple music and Spotify and see what their worst features are, for each and every one of their streaming services let’s get on to what’s bad about Apple Music first.

The radio feature of Apple Music generally hyped a lot, users will like apple music until they haven’t experienced a hooked-up problem. Well, a very good thing about Spotify is that you can change the quality now whether you like to hear it or not whether you’re an audiophile or not.

However, the cool thing about Spotify is that it lets you use your own data to stream music the lower the stream quality is the lower data you want. In the case of Apple music you just have the 256 kbps quality so you can’t lower it, you can put it higher, as Apple thinks this is the perfect standard.

A lot of people complain how there is no free service on apple music whether you want to listen to apple music, you have to pay, and last but definitely not least is that you cant be able to know how many followers one has on apple music.

Now let’s get started talking about what is bad about Spotify, we’ll it pays very poorly to artists, the UI takes a lot of risks but it’s a very complex UI to use, sometimes it’s a little bit confusing of course once you get used to it, will make work easier for you.

Spotify has a library limit, and users will not be able to have more than ten thousand songs. Whereas on apple music your library limits will be a hundred thousand songs so that’s a big difference. In Spotify, you will not get real-time lyrics and no music video which is something that is present on Apple Music.

In Spotify, the artist page is very weirdly made so when you follow an artist on search it’s pop up but then if you add a song to your library the artist will not pop up like you get to follow the artist in order to show up on the search.

Last but definitely not least is that there is no downloaded music section so I just can’t know which music have I downloaded so far. 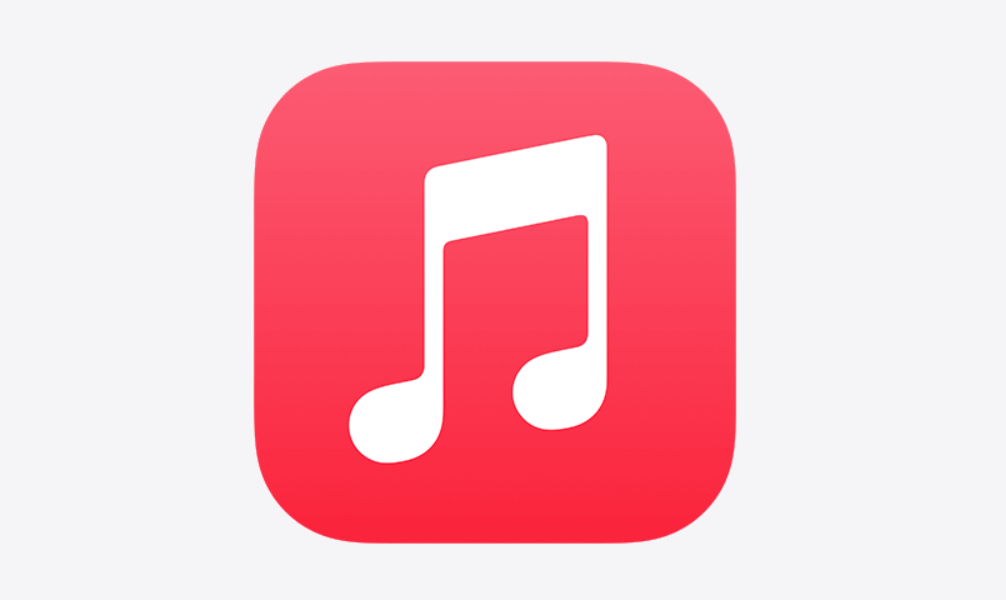 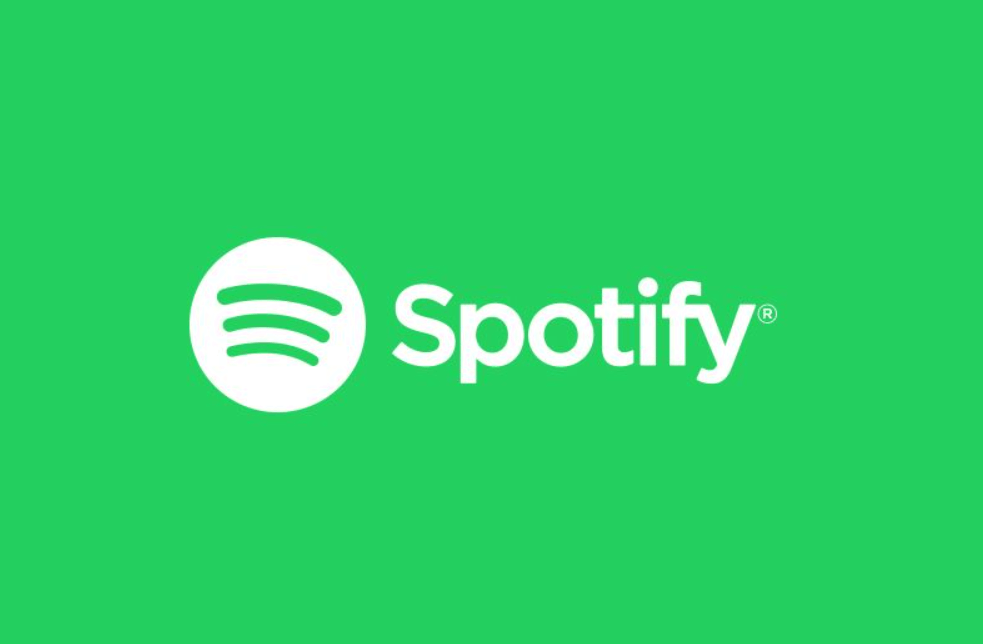 Every people has their own preference, as per me Apple Music is the one that is best as compare to Spotify but only in my personal perspective.

As personally, I believe that Apple Music has all its features so amazing that nobody can beat it.

While one of my colleagues believes that Spotify is one of the best Music apps available on the internet. So, there are many people who prefer Spotify because it has a user-friendly atmosphere and many exceptional features well.

But as I said each person has their own choice and preference, so, if you compare both the streaming beasts then there is no doubt the Apple Music is the best. But, still, it doesn’t mean that Spotify doesn’t meet all the features and services that are offered by Apple Music.

In short, both of them are perfect choices, but, you have to first decide your taste according to your need, that’s it, now I hope that you got your clear answer to “Is Apple Music better than Spotify in 2021?”

So, if the answer is yes, then do not forget to share this post with your friends, colleagues, and on your social profiles as well.

But, if you still have any query then do not hesitate to share your queries in the comment section below, as we will try our best to resolve your queries as soon as possible. 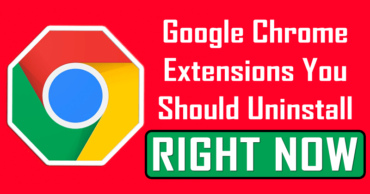