Speaking of OnePlus today is not an easy subject, its lovers and detractors are counted by thousands around the world. It was the year 2014 when a new manufacturer was launched to the market with the aim of facing the high range.

Only a few brands have managed to reach the top of the mobile phone sector, today 3 years later, there is no doubt that Oneplus is here to stay. Today we bring you what you were waiting for, the Analysis of the Oneplus 5.

Several years have passed since the Oneplus One and the Oneplus 5 and the brand has learned from the mistakes (not all) that it had since its inception.

The invitation system has already passed for a better life, its after-sales support has undoubtedly improved and its devices have evolved with the rhythm of the market, giving much to talk about throughout the sector.

In 2017 the Oneplus 5 has once again become one of the most interesting proposals on the Android scene and we will try to tell you everything in detail in this review.

At this point, we are not going to tell you anything that you do not know about the aesthetics of this terminal. A design policy that has bothered us a lot considering the great and original design of the already existing Oneplus 3 and Oneplus 3T.

Oneplus has decided to copy practically all the back part of a device that did not need imitation to stand out among the high range. A distribution of elements identical to the iPhone 7 Plus, even in the use of the double camera and the flash that could have been avoided.

Moving to the front and the screen we have a Full HD 1080p panel that we liked a lot. A panel that does not stand out until the end of the Samsung Galaxy S8, it can be placed among the best.

Being AMOLED feels very good and you can appreciate the vividness and intensity of the colors on the screen. It has a very high brightness with which we will not stay short outdoors. While it is true that it does not rise until the resolution QHD, this is something that objectively does not lack it and that the only thing that would cause a ballast in the battery. The difference in hand with a device with QHD panel is almost negligible even when viewing the same video.

Nothing can question this device when we talk about its gears. As it mounts the latest and most powerful Qualcomm processor, a Snapdragon 835 accompanied by the Adreno 540 that has proven to give a robust performance.

If this was not enough, at the choice of the user we have the variants of 6 and 8 GB of RAM as well as 64 or 128 GB of storage. It is important to note that we have UFS 2.1 memory with which we will notice a significant difference in both writing and reading data. We can reach 780 MB/s of reading speed as well as 200 MB/s of writing.

Here are the main features:- 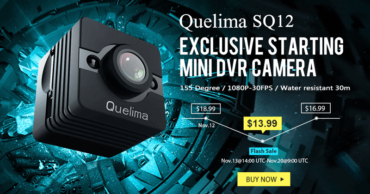 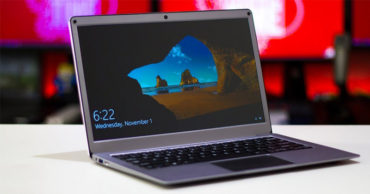