When the social media giant Facebook shared its record financial results, it’s not all we knew about the world’s largest social network. Among other things, the company confirmed that its co-founder and CEO, Mark Zuckerberg, still earns $ 1 a year, a gesture popularized by Steve Jobs at Apple.

But, that does not mean that he is starving. As Zuckerberg owns 422 million Facebook shares, which interprets to the current price at about $ 47.5 billion, according to Forbes. Now what, yes it is a huge figure.

Something that may surprise you is that, besides the dollar, Zuckerberg does not receive anything else. Obviously, he is swimming in company stock, but the executive no longer receives anything additional as part of his compensation, according to company documents filed with the US Securities and Exchange Commission. The social media giant Facebook says it considers “that the stock position on their property currently aligns their interests well enough with that of other shareholders.”

However, despite his very low salary, Zuckerberg does not come so cheap to the company. As one of the most influential in the world, Mark is the nineteenth most powerful person on the planet, according to Forbes, and the fourth richest person in the US. That is why security – or the “program” as it is called Facebook – by Zuckerberg costs the company about $ 5 million a year.

According to Facebook, Mark Zuckerberg has received specific threats, so the company has established measures in the residences of its co-founder and pays for private security. Even, the cost also includes the use of a private jet as well.

For its part, Facebook just started sharing information about the safety of Sandberg, which is undoubtedly the company’s best-known executive after Zuckerberg. The cost of security of the director general of operations of US $ 1.3 million per year. 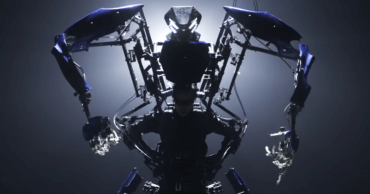