Google launched a bunch of interesting products in 2016, but while some of them looked good on paper, others did not deliver what they promised. Thinking about it, I decided to look at some of these products and show how Google could improve them over the course of this year.

The Pixel and Pixel XL are great devices, have great performance, good specifications and especially run with the pure version of Android. In addition, they are the first to receive updates to the operating system.

However, the Pixel line has not been free of problems since its launch last year. From problems with purple lines on the screen when capturing images to problems with Wi-Fi and sudden shutdowns of the device reaching 25% of the battery capacity.

If Google wants a loyal customer base, they will have to make sure that these and other issues are not present on their next Pixel series devices.

Decide what to do with so many message applications

On my Android, I have installed WhatsApp, Kik, Skype, Snapchat, Signal, and Hangouts. In 2016, Google did not convince me to install two more individual applications to achieve the same result I already have with any of the platforms mentioned.

Thus, the search giant will have to integrate its services. We already had the Google Assistant integration with Allo and this was the first step in the right direction, but it was not enough. The messenger app is not much used by my friends and the app’s privacy policy is simply appalling.

Andromeda is the codename for the new Google project that promises to bring together Android and Chrome OS. Unfortunately, at this stage, everything is still rumored and all we have are examples of companies like Jide, responsible for the fantastic Remix OS (and Remix IO).

Andromeda would initially offer much more than just allowing Android apps to run on Chromebooks (some devices already support this) and will aim to provide a truly converged operating system that can run on mobile devices and/or desktops.

So far, one of Google’s only competitors in this area is Microsoft, as the company offers the OS able to offer anything that comes close to this functionality: use the same software in the mobile and computer version. However, 2017 will be a great year for Google if developers can get this project off the paper.

However, it is worth noting that, according to the president of the Android division, Hiroshi Lockheimer, the idea of abandoning Android is absurd.

Offer Google Assistant to Everyone

The Google Assistant is the natural evolution of Google Now, and while it’s full of promise, it only offers a complete experience for those who bought a Pixel or Pixel XL device. Of course, this may have happened because Google wants to give exclusive features to those who choose to have one of their new devices, but this leaves a lot of users of Android smartphones and tablets out of the game.

As much as you can install the Google Assistant on a non-Pixel device, this can cause problems with other system services, which no longer makes such a process worthwhile. If you have a device like Google Home as well as a Pixel, you know how much voice commands can still improve when it comes to helping our day-to-day lives.

Artificial Intelligence is still crawling, it is true that we have made good progress, but not all commands work like advertising. Incidentally, the Google Assistant still can not do exactly the same things as Google Now, which still stays on our devices even after the update for Android Nougat.

Therefore, this is an area that can and should still grow very much in development in 2017.

Deliver Daydream to all users

Google Daydream is Google’s first real effort to make virtual reality part of the basic Android experience. As such, it comes shipped with Android 7.1. However, this does not mean that all smartphones that use the platform are compatible since only 1% of the handsets run on the latest OS version.

The line of Pixel smartphones are among the few devices to support Daydream View, and some users even report that more than 15 minutes with the gadget causes Pixel to overheat to the point of being unable to use it.

Excessive heat is not necessarily unexpected when we have a high-performance task like VR technology on smartphones, but software or hardware design should lessen this consequence, not the opposite. This needs to be improved, and Google needs to encourage its partners to build Daydream appliances capable of delivering a far superior experience than we have today. 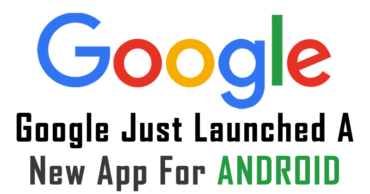