Despite its powers, Microsoft Edge is still a majestic flop. The Next Web noted that a Microsoft employee had to interrupt a live demonstration of the Azure cloud platform to install Google Chrome because the website didn’t work with the Microsoft Edge Browser.

In the presentation, director Michael Leworthy shows likely customers how to migrate their applications and data to Azure; but in the midst of the session, the site became unresponsive on Edge. He hesitates a bit and decides to install Chrome to finalize the demo; the audience applauds.

Of course, Leworthy disables sending share browser data and usage stats to Google: “we’re not going to help make Chrome better,” he says. After installation, login, and two-factor authentication – which takes about two minutes – the Azure website operated as it should.

The video is on one of Microsoft’s YouTube channels and was published in September.

Here Is How Google, Microsoft And Apple Make Money

So, it looks like Michael Leoworty had handled the situation well and not hesitated from installing Google Chrome to get the job done. Did you find this funny and interesting? Share your opinion with us in comments below. 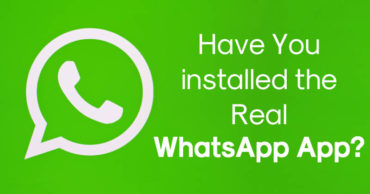