Huawei P11 X Concept Shows Triple Camera & iPhone Like Notch: If we talk about smartphone manufacturers, companies like Samsung, Huawei, and Apple are delivering quality phones in the market. Huawei seems to be dominating the list in terms of camera. Well, there is time for the launch of Huawei P11 smartphone but that doesn’t restrict creators from releasing the concept videos.

5 Apps To Explore The Maximum Power Of Android Camera

At early this month, we have seen creators have released a concept image of Huawei P11 that shows that the flagship will share aesthetic features with the iPhone X. Recently, a concept video of Huawei P11 X is making rounds on the internet which clearly shows how the upcoming smartphone would look like.

The latest images and videos came from Concept Creator and it shows round edges and a top-notch just like iPhone X. The concept also shows that the phone might adopt a full-screen design with no bezels going around the smartphone’s front. Well, if you take a look at the video, you will find that the phone is made out of metal and glass.

The concept shows that the flagship will carry four buttons on the right side and will along with a textured power button. The phone will carry two volume buttons for volume ups and downs and there is one additional button added that is dedicated to the camera. Well, the dedicated camera button is something unusual.

Apart from all of these, the concept images and videos also show an extraordinary feature. The concept clearly showcased that the Huawei P11 is going to be a camera monster. The concept shows a tripe camera design, well this is something which is not seen before. Along with three cameras, it shows a dual LED flash and laser focus on the back.

The best thing is, the Huawei P11 X concept doesn’t skip the headphone jack port. The headphone jack and the speakers were placed at the bottom of the device. The concept shows two color options – Black and Red.

So, the concept of the upcoming Huawei P11 X really looks interesting, especially the tripe camera one. What do you think about this concept? Share your opinion with us. 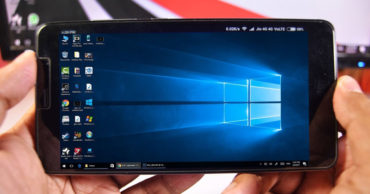