The high-end camera manufacturer RED has announced a special smartphone called Hydrogen. This new modular mobile phone promises to include a holographic display.

This is announced on their website “The first multidimensional holographic communication device”. In the document with the specifications explained that this smartphone will feature a 5.7-inch screen which uses nanotechnology to switch between traditional 2D to 3D holographic content and video games.

The Hydrogen will be a modular phone, similar to Moto Z or Fairphone, but focused on image capture. In addition, RED ensures that it will function as an accessory for digital film cameras, and will be able to convert stereo audio into 5.1 surround sound.

In a forum post, Jannard, the leader of the company, says that “Its screen uses a technology that has not been seen yet. It does not use lenses, which are inferior in every way, have been used on multiple occasions and have failed for a good reason” referring to the Amazon 3D Fire.

RED has also said it will use an algorithm to turn stereo sound into “Multidimensional Audio” to add a more immersive experience. Something completely logical if you want to get a more intense AR and VR experience with this new device.

As for the design, we can see in the render how this Hydrogen will be. Includes a headphone jack output and something that looks like a USB-C type port. On the left side is the power button and what we assume is the slot for SIM and microSD cards.

There’s no specs, just hype and this one (edited) image. Looks like it has a headphone jack, USB-C and some pins for attachable accessories? pic.twitter.com/3mxw9pbcmg

The logo of the RED cameras is surrounded by membranes with a shape similar to that of a diffuser. We also see at the top, what appears to be a sensor for the camera and a LED flash. Without knowing more details about the operating system, everything indicates that it will use Android.

According to company statements, the phone will be out in 2018 and it is already possible to pre-buy on its official website. We can buy an aluminum version for $1195 and $1595 for a variant made of titanium.

Finally, RED assures that all this is subject to changes, both the design and specifications can vary at any time. In addition, at the time of launch, it is possible that not all orders arrive on time, due to production limitations.

The different modules will also not be available output. A very important contra, since its modular condition is another of the interesting additions of the device.

The Hydrogen joins current modular phones easy to repair and upgradeable, but, we have to wait to see if the network device will revolutionize the market as much as the company says. 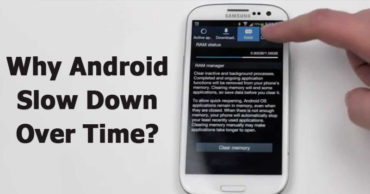