You Can Win $100,000 If You Can Create Another Facebook: If past few days, we have seen the campaign to delete Facebook gained strength in social networks in the face of the scandal of data access and misuse of 50 million users by political consulting firm Cambridge Analytica.

However, where to go after that? We must admit that it was never easy to succeed a giant like Facebook, with 2 billion users. That’s why the OpenBook challenge was launched.

OpenBook Challenge is basically a competition that will give you $100,000 if you can create a social network focused on privacy that can compete with the social networking giant, Facebook.

Now Facebook Will Tell If You Are Rich Or Poor

According to the website, the aim is to find seven teams that have an interest in building a social network for billions of people who can compete with Mark Zuckerberg’s Facebook while protecting user privacy.

Founders: Do you think you can build a better @facebook? I'm funding seven teams for $100,000 each to do that as part of our OpenBook Challenge https://t.co/kajQ5boyEJ pic.twitter.com/nfLOlrH2GR

The competition consists of three parts, in the first, the interested candidates should sign up informing their plans and the members that will form their team, then 20 teams will be selected, with whom those responsible will communicate regularly for 60 days as the project develop.

After the end of 60 days, the seven most mature projects will be selected. The creators of the contest also mentioned that the goal is to create a greater alternative to Facebook in relation to their business model, not requiring major changes in usability.

The candidates can rely on Mark Zuckerberg’s social network for their project, however, they need to think of other models which can help to make the project technically feasible, which might include non-invasive ads, crypto coins, paid subscriptions.

“We want to invest in replacements that don’t manipulate people and that protect our democracy from bad actors looking to spread misinformation.” According to the competition’s explainer.

The competition is hosted by investor Jason Calacanis, who has been a staunch critic of Facebook over the privacy scandal. The investor also suggests that Mark Zuckerberg should be replaced by Sheryl Sandberg, who is right now the second most important person in the company. 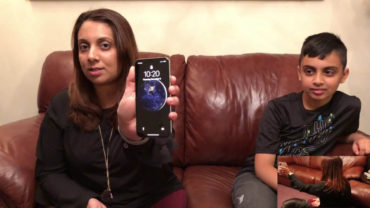