Top 5 Best Music Player Apps For Your Android Device: Listening to music is a part of our daily routine and this delightful task becomes more effective with the help of Android device. If we talk about Android devices, they can store hundreds of your favorite songs, which can be heard anywhere.

Streaming services like Spotify, make it even easier for music lovers to listen to songs directly over the web. But, the problem is that not everyone likes the idea of signing up for a service to listen to songs that don’t even belong to them.

For them, the good old music player from Android turns out to be more efficient and reliable. But even so, we do not have to depend on it solely, as there are dozens of other music player apps with even more features.

Here in this article, we are going to share 5 Best Music Player App for your Android smartphone. 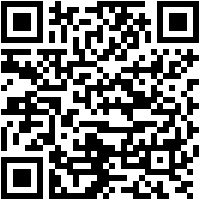 This app is one of Android’s best-rated music players. It offers features to enhance sound quality and supports almost all popular and used audio formats. However, the app has an old-fashioned appearance.

Poweramp Music Player also offers several features and a very nice and attractive interface to navigate. It has a very dynamic equalizer for your music, it has support for several popular formats and you can still customize it as you prefer.

If we are talking about Android, an application developed by Google could not be left out of our list. Every song and album you buy on Google Play goes straight to your Google Play Music library and can be found easily.

N7player Music Player is also very popular, mainly because it is a unique music player compared to the others we mentioned here. It has a very different and beautiful interface, which offers several options for user interaction.

The DoubleTwist Music Player is popular among Android users, especially for being able to sync with iTunes and provide some features for those who like to listen to podcasts.

Its interface is very simple and functional and the application even offers a streaming service called Magic Radio, which is only available in the paid version of the app.

Do you like the listed music player apps? Which one do you plan to use on your smartphone? Share your views in comments below.