This Guy Bought ‘Google.com’ From Google For One Minute

This Guy Bought ‘Google.com’ From Google For One Minute: Just imagine holding a google domain for just one minute? Well, we can just imagine. However, one man achieved such a feat: at least for a minute, he was the owner of the company not called Google, but the domain ‘Google.com’.

Sanmay Ved was trying to learn more about the Google Domains interface and, as a joke, searched the Google.com domain. To his complete surprise, the domain google.com was available for purchase, which he dealt with immediately.

Sanmay Ved did all the necessary process to acquire the valuable google.com domain, and it seemed that everything had worked out. So, how much did it cost him to buy the most-trafficked domain in the world? Well, it’s only $12. 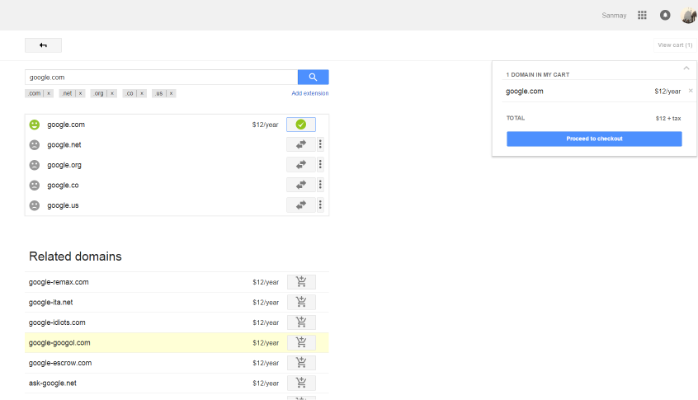 Sanmay Ved told business insider “I used to work at Google so I keep messing around with the product. I type in Google.com and to my surprise, it showed it as available, I thought it was some error, but I could actually complete check out.”

Everything went right with Sanmay Ved and the domain was added to his cart and the transaction went through. His Google search console also shows the domain name Google.com.

Sanmay Ved took the entire incident to Linkedin post where he claimed that “The scary part was I had access to the webmaster controls for a minute.”

This Man Built His Own iPhone 7 With 3.5 mm Headphone Jack

However, this lucky time doesn’t last for long. After few minutes, Google Domains said that someone has already registered the domain and he got the refund of $12 that he paid.

Sanmay Ved reported the incident to Google Security, and the company acknowledged the error. Sanmay Ved said “So for one minute I had access, At least I can now say I’m the man who owned Google.com for a minute”