Hackers Can Run Windows XP on iPhone 7 Without Jailbreak: Apple’s iPhone 8 and iPhone X lineup had just arrived and the iPhone X is been on demand as expected. However, in this article, we will talk about iPhone 7 and hackers. With millions of apps on App Store, iPhone has some tool that enhances the experience of users.

However, we are going to talk about something that is not on the App store and probably will never make its way to the Apple’s App Store. Hackers have managed to run Microsoft’s Windows XP on an iPhone 7.

If we talk about iPhone 7, it comes with A10 Fusion chip which is one of the most powerful on the market. It is more powerful than many current desktop computers, and therefore, is even capable of running a desktop operating system within it.

Well, there is a reason for that. Windows XP is an operating system which is old enough to not need many requirements and can support and run on iPhone 7. However, setting up Windows XP on the iPhone 7 is a complicated task.

For more information about this project visit, it’s Github Page. So, do you still love Windows XP? Share your views in comments below. 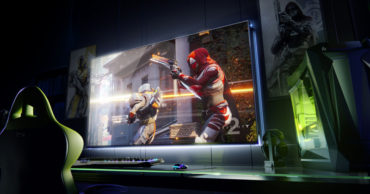