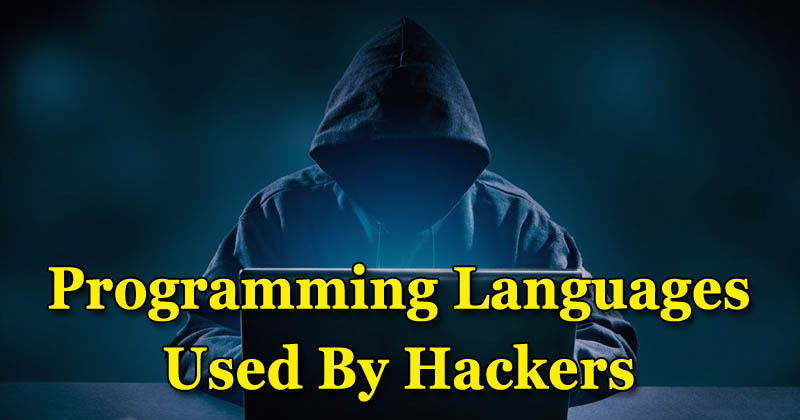 What Programming Languages Do Hackers Use?: Do you know every device, apps, game or website works because of a proper code is written in one of the main programming languages? Nowadays, everyone wants to be a programmer or coder because these fields have lots of profits.

Lots of users message us in our Facebook pages regarding Hacking like How to become a hacker, what are the skills needed to be a hacker and more. First of all, let me clear that hacking requires certain technical knowledge and that’s not enough to click here and there.

In simple words, as we immerse ourselves in the depths of software we’ll not find intuitive or mechanical interfaces of drag and drop. Hackers or researchers use different programming languages to create each an every web-based functions.

Hacking consists of breaking the code that operates behind an app or program. We can name the different methods to achieve this end: web hacking, reverse engineering, and exploits.

Most of the web apps or technology that users make use of is built on the World Wide Web. So, any hacker interested in finding exploits or creating apps and web pages needs to learn some programming language.

There are four most common languages used by hackers today: HTML, PHP JavaScript, and SQL. The first in the list is HTML which is a simple language that is mostly used to develop web pages.

JavaScript is much complex than HTML and is mostly used in a user interface and dynamic webs. PHP is a dynamic server language which is used to manage websites and databases.

The last one in the list is SQL which is used to manage and store sensitive data like user ID and password or any other confidential information. Hackers often use SQL databases to find out the credential details and later sell them in a deep web to make money.

Another typical method of hacking exploits. Exploits are basically pieces of software that take advantage of vulnerabilities to take over the system. Hackers often use Python language to create such programs.

8 Simple Steps To Protect Your Computer From Hackers

When it comes to forcing some vulnerability, Ruby turns out to be the best option. However, Ruby is a fairly complex object-oriented language. Reverse engineering comes at last and it is the process which involves analyzing a program’s binary code to trace the original source code. For reverse engineering Java, C and C++ is a much-needed programming language.