There is no day when a new threat does not appear on the Internet. It is a concern that affects not only the users but also the companies. A good operating system can help when mitigating risk. Linux is a system that can be very secure, especially if you use any of the distributions specialized in privacy.

Top 5 Deadly Linux Commands That Can Destroy Your Computer

These distributions use specific software to protect your computer. They provide totally anonymous Internet browsing or the best protection against intruders, viruses, and hackers of all kinds. It is difficult to shield a PC, but distros of Linux are more secure almost succeeded.

Of course, your privacy will depend on your use of the computer. There is no magic formula to protect your data, although using browsers such as Tor Browser and anonymous networks I2P helps a lot.

Nowadays, the options when choosing a PC operating system are many, and all have advantages and disadvantages. Linux is safer, but for inexperienced users installing software can be a headache. Windows is versatile, but also a leash insecurity issues. For its part, macOS is fairly stable and relatively safe, but the price is quite higher.

Without a doubt, the best thing about Linux distros is that they are free. They can be installed on any computer, old as it is, and make it work to the maximum of its capacity. Without going any further, by focusing on protecting your security, Linux privacy specialists do not require too many resources to function.

How To Install Linux On Android Phone Without Rooting

Linux is a more secure system than Windows, among other things, because to install or modify software you must always enter the password. That unless you are logged in as the root user. In this way, it is practically impossible for third-party applications to install malware or viruses on your computer.

Qubes OS is a secure distribution that goes one step further and directly divides the system into watertight compartments without any contact between them, virtually speaking. These different sections are called Qubes, hence the name of the distro is Qubes.

The Qubes act like a containment room with a contagious disease. Once one of them sees their safety compromised, it cannot affect others. The Qubes, being isolated, only compromises the data that it contains.

All the Qubes are accessible directly from the desktop, and in each of them can be installed software. This allows to establish different levels of security in each one of them. When navigating, for example, the header of the window will acquire a color depending on how safe the navigation is.

Like all distributions of Linux that call themselves safe, Qubes OS uses Tor Browser to encrypt communications over the Internet. So you can navigate privately without knowing your physical location or IP.

Qubes OS can be downloaded for free from its website https://www.qubes-os.org/downloads/, but it has a clear drawback: it needs at least 8GB of RAM to run. This compartmentalization has a clear cost in memory usage.

How To View Saved WiFi Passwords On Android

This distribution of Linux is in development without stable version. Despite this, you can download the Alpha version of it, very close to the one that will finally be published as definitive.

Subgraph OS is a secure and private distribution, although I do not have Qubes OS. Let’s say its target audience is the Linux downstream users who are not yet handling the system as much as they are launching into a complete compartmentalization.

The encryption of files in the system is mandatory and can not be waived from the moment of installation, just like the communications, either through the browser or email. To encrypt the emails it uses the software Enigmail, while to navigate is Tor Browser which is responsible for hiding all your private data.

Not to compromise your privacy, this secure distro of Linux uses Oz, an application that lets you run any other services separately from the system. It is known as a sandbox, common in most computer security suites.

The built-in firewall in Subgraph OS alerts you when an application is attempting to send or receive data without authorization, although it does so at a cost. All this additional software has consequences on privacy and sooner or later it would be possible to access a system that needs to send and receive so many data packets.

As a version of Linux aimed at a more massive audience than Qubes, Subgraph OS also requires less computer specs: 2 GB of RAM to run smoothly, although in the developer segment it requires at least 4 GB and 20 GB of disk space. You can download the ISO image from its website https://subgraph.com/sgos/download/index.en.html.

Edward Snowden back it up as a distribution of Linux more secure is today almost like you win the lottery. Developers have got the US justice fugitive to declare that Tails is the distro he uses on his computer or any other.

The main difference from Tails is that it is not installed on a PC, but on a USB or SD card. So you can take the operating system everywhere, using Linux Tails as a Live USB that leaves no trace on the computer in which it is introduced.

To get an idea is enough with the following example: just like the incognito mode does not store – presumably – any type of user information, the Tails USB does not leave data behind when it is extracted from a computer.

In use, security measures are nothing that is not seen in other secure Linux distributions. Tor Browser and the I2P connection protocol should be sufficient to guarantee the privacy and confidentiality of communications over the Internet. It is the most advanced software that exists to encrypt files and emails.

It is Debian based and it is a distro of Linux which can be considered light as well since it requires only 2 GB of RAM to run smoothly. The preinstalled software is similar to any other version of this operating system: LibreOffice, GIMP, Brasero and all the usual Linux programs. 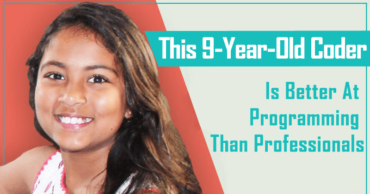